Born in a Manger

According to the World Health Organization, 99% of maternal deaths take place in developing countries—more specifically in rural areas with poorer, less educated populations. For every maternal death in the United States, Haiti experiences thirteen. For every infant death in the United States, Haiti faces nine. One in every fourteen children does not live to see his or her first birthday (Gibson, Bowles, Jansen & Leach, 2013). Death is a well-known evil among the mothers of Haiti. Pregnancy brings not joyful anticipation, but looming fear.

In Haiti, nine out of ten births occur in homes constructed with thatch roofs and mud floors. These births also lack the trained assistants and medical equipment needed for safe delivery. The high mortality rates mentioned can be partially attributed to giving birth in these unsanitary conditions. A lack of transportation to distant hospitals paired with the inability to afford proper care may contribute to the issue as well (Gibson et. al., 2013). Regardless of the situation, it is likely to be enveloped by fear. 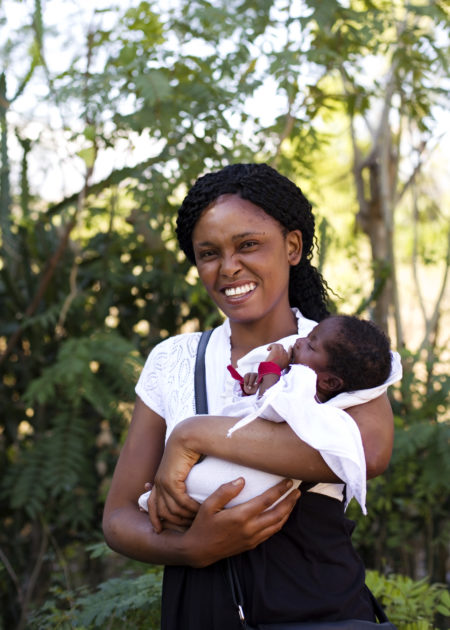 When thinking of the harsh conditions Haitian mothers face, I cannot help but turn my eyes to birth of Jesus. “And she gave birth to her firstborn, a son. She wrapped him in cloths and placed him in a manger, because there was no guest room available for them” (Luke 2:7). Mary had to be so afraid. But my, what a humble God we serve that he would allow himself to be born in a manger among animals. He wasn’t born in a hospital. Not in a bed. There was no midwife there. It was not clean. It was not comfortable. Yet the God of the universe chose to come that way. In the midst of our time spent caring for the suffering, let’s not forget to praise the one that suffered the ultimate sacrifice that brought us life. God did not come into the world on a smoothly-paved and luxurious road—nor did he leave it that way. Our God understands us, because he became one of us. Praise be to HIM, from the manger to eternity.

Jessica VandenBoom is in her third year at Grace College and Theological Seminary. She is double majoring in Facility & Event Management and Marketing, as well as pursuing her MBA.